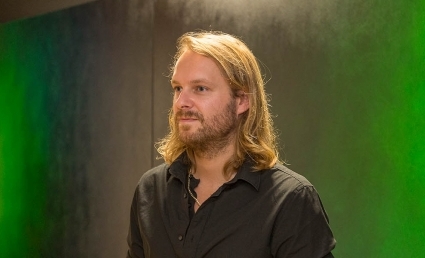 Born in The Netherlands in 1979, lives and works in Berlin 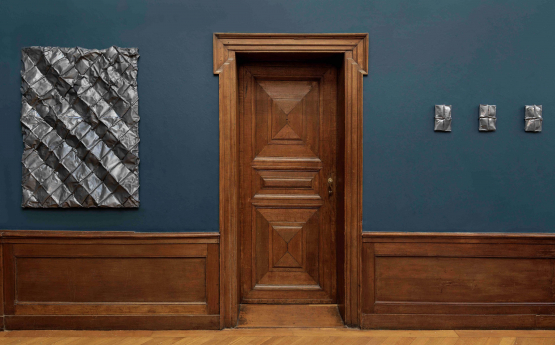 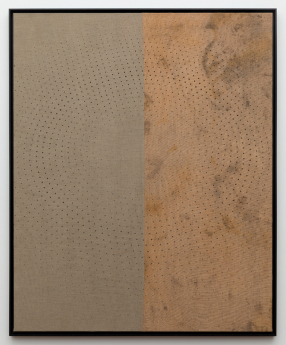 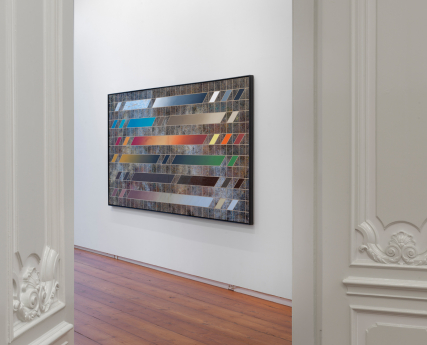 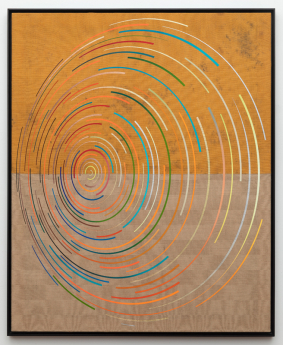 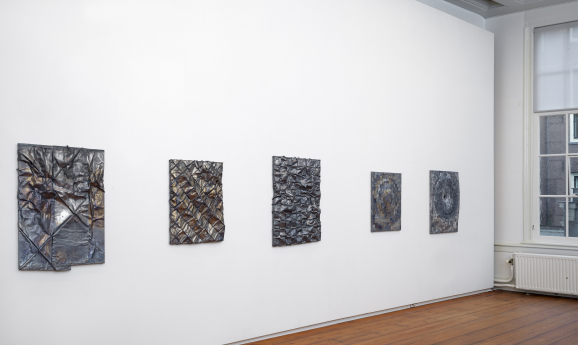 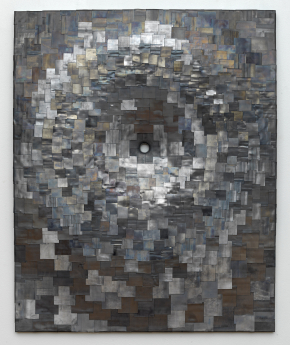 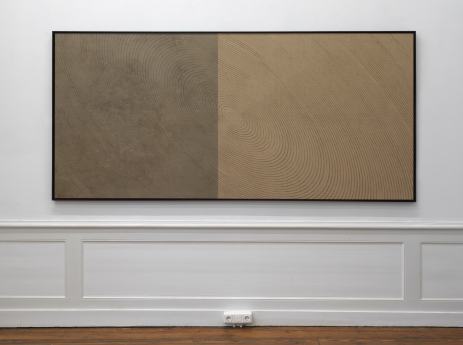 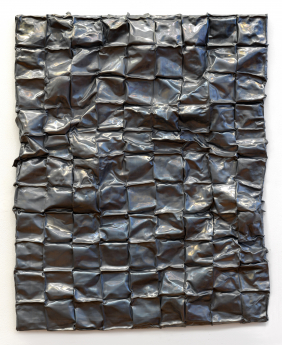 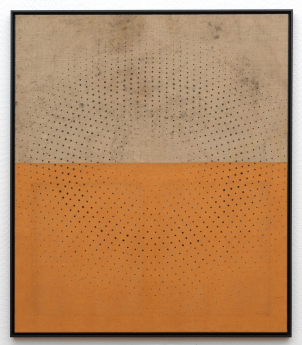 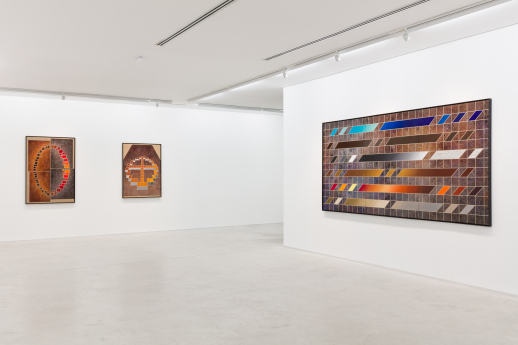 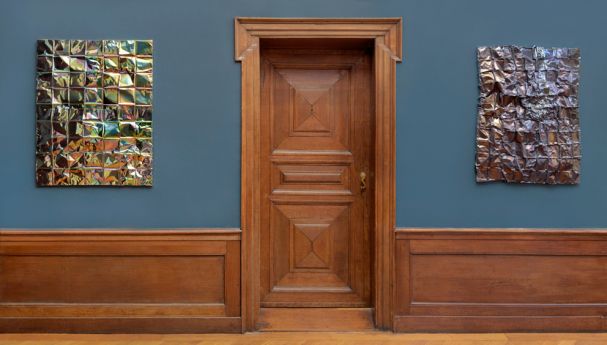 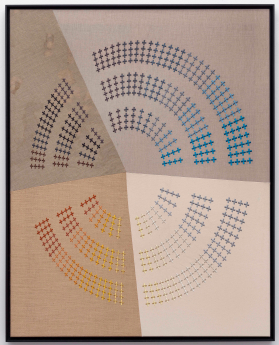 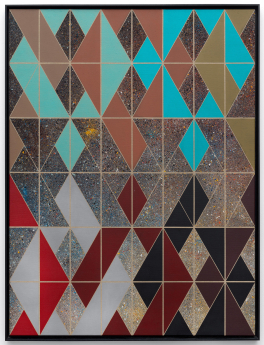 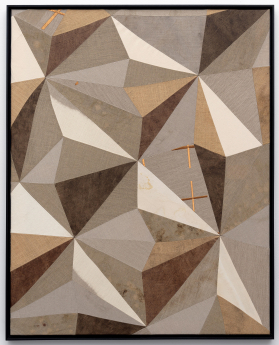 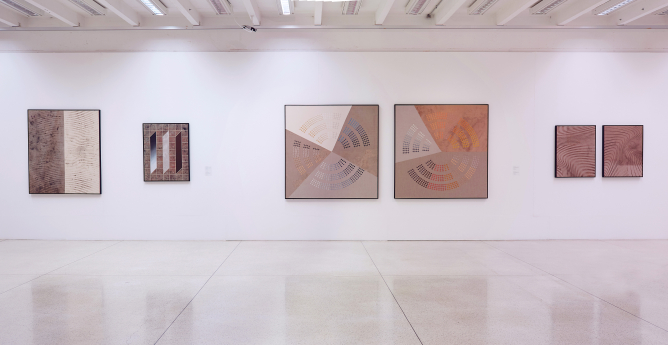 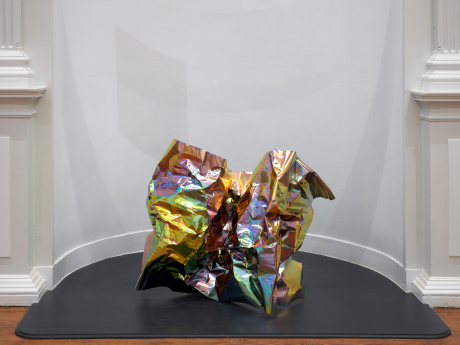 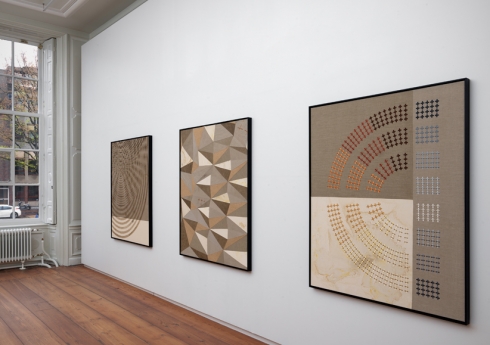 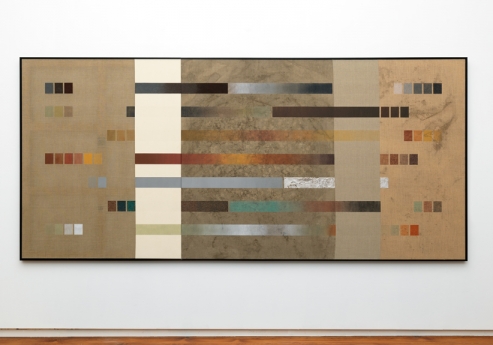 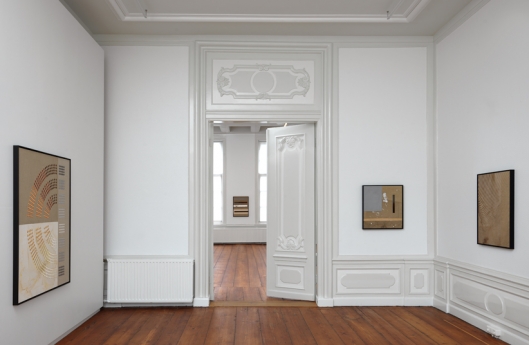 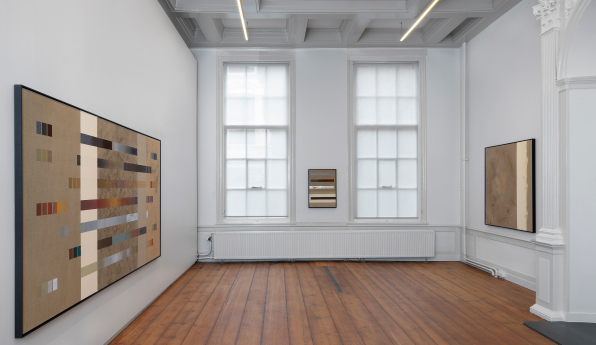 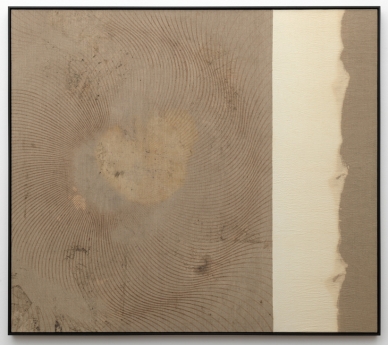 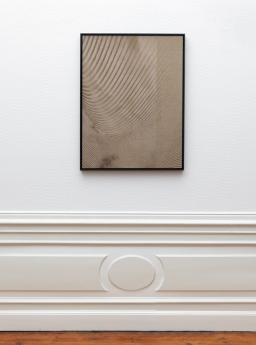 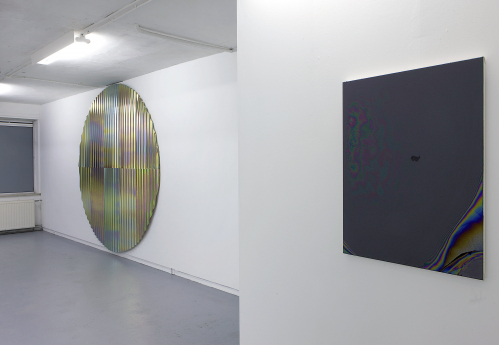 Ammerlaan’s medium is the world’s physical matter, excavated from the ground or fallen down from the sky.

At the core of his practice lies desire to capture the constant flux of our reality that goes beyond individual lives and knowledges and equally pertains to eternal processes on the cosmic scale. The transformations of matter and energy – such as ejection of heavy metal elements following a supernova explosion – can be traced in Ammerlaan’s works not only in the raw materials he uses, but also in their complex and nuanced structures. Circulation of matter in the universe is echoed in the circular formations and gradual movements of shapes and colours that testify to the interconnectedness and relativity.

‘I see my works as objects of measurement where materiality is a tool to describe the world. Matter is not an anonymous bystander, nor a passive agent, but rather a dynamic and evolutionary creature that transforms, mutates and deteriorates.’

His Body Armor series, is realised in the material lead which is contaminated with meaning, poisonous and alchemical. Lead, used as protection from radiation in hospitals and nuclear power plants, chemically is the end result of millions of years of decay of the unstable Uranium element. According to Ammerlaan, ‘physically the material is soft and seems to be as malleable as reality itself, whilst being used to protect the flesh against its former radioactive self’.

In Ammerlaan’s works the cosmic extent and time – in which a planetary scale is microscopic – are deeply entangled with individual phenomenological experiences. He applies meteorite particles, the extraterrestrial matter dating back to the beginnings of our solar system, onto fabrics that were exposed to the Earth’s elements and bleached by the Sun. Soil and dust, full of potentiality and void of a stable state, are always in the moment of becoming, a form of matter in everlasting flux. Allowing the natural, cyclical processes to imprint on his work is not a surrender of artistic agency, but rather a profound recognition of the inevitability of change and transformation.

Frank Ammerlaan (1979) is based in Berlin. He graduated from the Gerrit Rietveld Academie in Amsterdam in 2007 and in 2012 from his Masters at the Royal College of Art in London. Ammerlaan was awarded the Royal Award for Painting in 2012, which is handed to the most promising young Dutch painter of that year. Other prizes he won include the Scheffer Prize (2013), the Land Securities Prize Royal College of Art, the Doha Studio Art Prize (all 2012) and the Gerrit Rietveld Academy Painting Prize (2007). Ammerlaan has had solo exhibitions at the Dordrechts Museum, Museo d’Arte Conteporanea Calasetta and at several international galleries like Simões de Assis Art in Brazil. His work has been included in a number of group exhibitions in and outside of the Netherlands, at places such as White Cube Gallery London, Oscar Niemeyer Museum Brazil, The Royal Palace in Amsterdam KUMU Art Museum, in Tallinn, Museum Catharijneconvent in Utrecht, Kunsthal in Rotterdam and NEST in The Hague. Ammerlaan’s work is part of leading private and corporate art collections and museums such as Centraal Museum Utrecht, Kunstmuseum Den Haag, Museum Voorlinden and Stedelijk Museum Schiedam.

ON THE ROAD at Lage Egal

Sgabello Collection: In Search of the Miraculous

Song for my Hands, Curitiba Biennal '17

Sparkling like the surface of the ocean at night

Anka Kultys Gallery, 'Desire of the Other'

The Extended Arms of the Transom