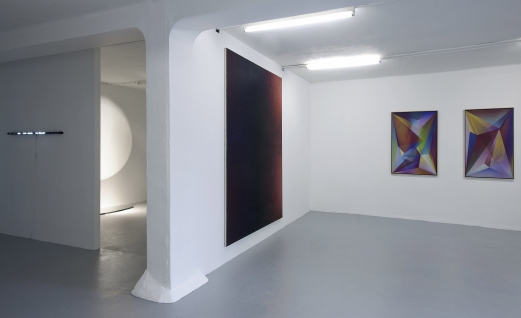 Throughout the centuries, from the Dutch masters to the Impressionists, the depiction of light has always been an important motive for artists. The symbolism of light is till of great significance in the history of art.

From the 20th century on, the invention of electric light has made it possible for artists to use light in a much more literal sense. Instead of trying to capture it in painting, they were able to use lamps to incorporate light itself into their art works. Electric (neon)light still has a prominent place in contemporary art. Artists continue to relate to their predecessors and the traditional symbolism of light .
During the group exhibition Love Illumination Upstream Gallery brings together contemporary artists who use light in a non-obvious manner. The works do not evoke a dazzling bright lightness, but call to mind a glow on the horizon or a faraway light in the darkness. In this respect, Love Illumination delivers a hopeful commentary on current global social crises. The exhibition can as such be seen as a counterpart to Apocalyptic Landscapes, the group exhibition in 2008 with a focus on impending doom, which proved to be a perfectly timed harbinger of these crises.

The perception of the work of Frank Ammerlaan is highly dependent on the light conditions under which it is viewed. With his oil paintings he creates an almost holographic effect. Depending on the light and the viewing point of the spectator, a completely different image arises. Ammerlaan is interested in things that usually take place in the shadows, in the periphery of our vision.

Marc Bijl created Sweet Dreams for the exhibition, a very obscure lamp. Light doesn’t get any darker than this. A nightlight usually provides a comforting support in the dark. With Bijl’s lamp, covered in thick dark epoxy and with an eerie blacklight glow, that is not so certain. Is it still possible to have sweet dreams in this age?

The ubiquitous but elusive elements air, wind, weather and light play a major role in the practice of Marinus Boezem. This is reflected in works in which a complex concept hides underneath a seemingly simple form. In the series Light Events (1976), the artist used photosensitive paper to capture three seconds of light on five continents. The light is paradoxically translated into a monochrome black surface.

With spatial installations consisting of mirrors and light Germaine Kruip actively involves the viewer in her work. Trough a subtle play of shadows and light and the emptiness in between, the installations draw attention to the void. The combination of light and movement emphasizes the passing of time while the reflections question the boundary between the artwork and the surrounding reality.

Rafaël Rozendaal is known for his digital pieces: websites that are often set in motion by a single mouse-click. The works depend entirely on electrically illuminated computer screens. A tangible derivative of these digital work are the lenticular paintings, of which the image changes depending on the viewpoint of the spectator. Just like the websites, the lenticulars only reveal their movement when the spectator relates to them in an active manner.

Studio Drift balances with on the border between art and design with their light sculptures. Light is not used as a practical element in their work, like a lamp illuminating the darkness. Instead, Studio Drift treats light as an ingredient that together with the other materials forms a composition. The designs are a symbiosis between nature and technology, often explicitly inciting contemplation about today’s (mass consumer) society.

More photo's of Love Illumination can be found here. 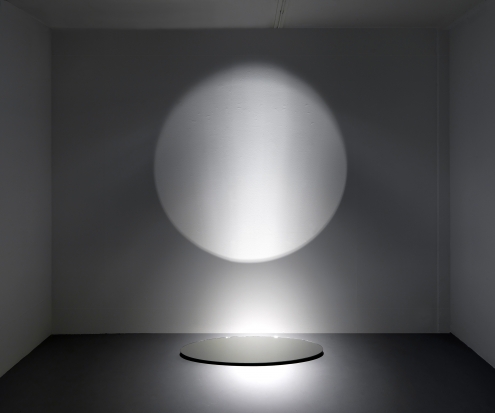