A Decade Upstream:
Only Dead Fish go with the Flow

This fall Upstream Gallery, one of Amsterdam's leading contemporary art galleries, celebrates its tenth anniversary with a special exhibition at the Lloyd Hotel & Cultural Embassy in Amsterdam. For three weeks artworks by all 17 Upstream artists will be exhibited throughout the entire hotel: in the corridors, hotel rooms and even on the in-house TV channel.

Only Dead Fish go with the Flow

Upstream Gallery was founded in 2003 by Nieck de Bruijn in a small space near Amsterdam's central station. The gallery distinguished itself quickly through its internationally oriented program with a focus on young, promising and often somewhat rebellious artists. Within months of its existence Upstream was already selected for the leading young art fair LISTE in Basel, and since then the gallery regularly participates in major international fairs including those in New York, Basel, Miami, Istanbul and Hong Kong. Together with Martijn Dijkstra, who joined the team of directors in 2007, Nieck de Bruijn has quickly positioned Upstream Gallery as a significant player in the contemporary art world. In 2008 the gallery moved to a larger space in the emerging neighbourhood De Pijp. In the ten years of its existence the status of Upstream Gallery and its artists has shifted from up-and-coming and promising towards more well known and established, while still exciting. A mix of undiscovered young talent and bigger names keeps the exhibition programme surprising and edgy. Upstream Gallery has placed works in the collections of notable private collectors and museums such as the Stedelijk Museum Amsterdam, The Hague's Gemeentemuseum, and the MoMA, New York.

About the Lloyd Hotel Cultural Embassy

The Cultural Embassy organizes a transdisciplinary and experimental cultural program at the hotel, including exhibitions, food design, lectures, and meetings based on cultural exchanges between the Amsterdam art world and the international guests of the Lloyd.

‘A Decade Upstream: Only Dead Fish go with the Flow’ can be visited daily between 12:00 and 17:00 at the Lloyd Hotel & Culturele Ambassade from the 30th of November until the 19th of December. There will be guided tours by Upstream Gallery on Sunday the 1st, 8th and the 15th of December at 15:00. Free entrance.

For more information about the artworks and the artists please contact Upstream Gallery: 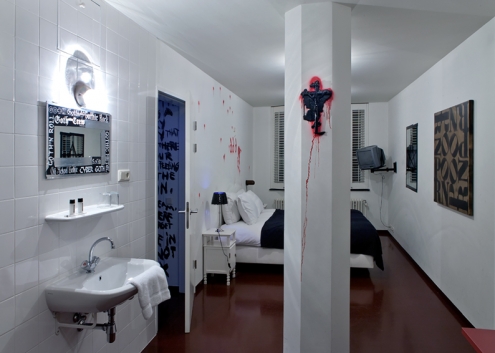 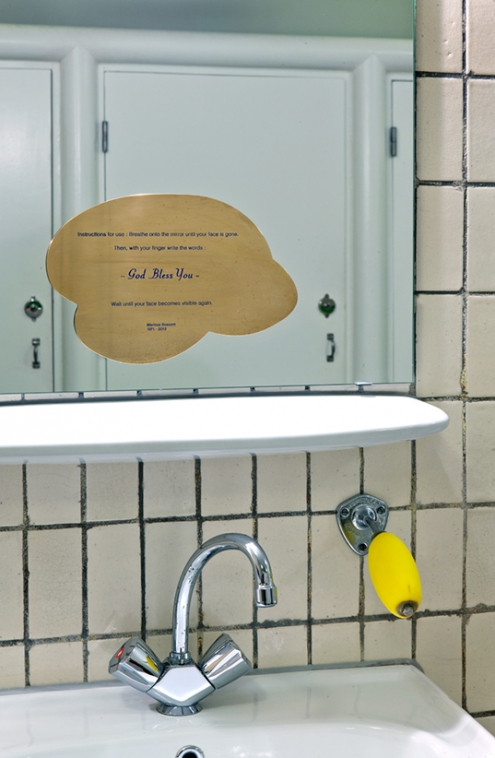