Born in the Netherlands in 1946, lives and works in Antwerp 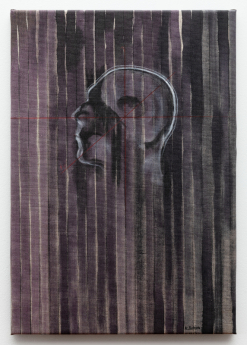 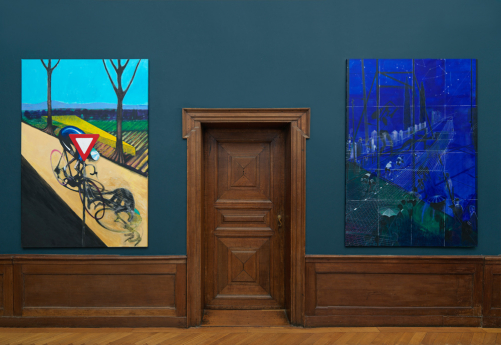 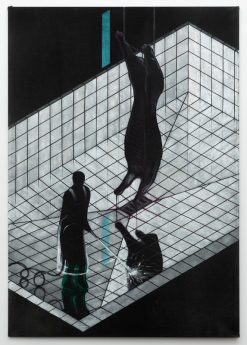 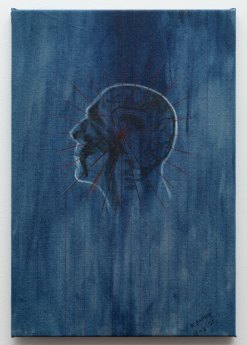 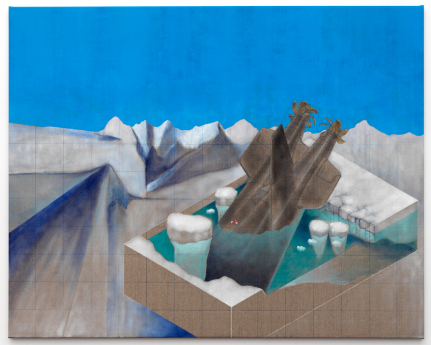 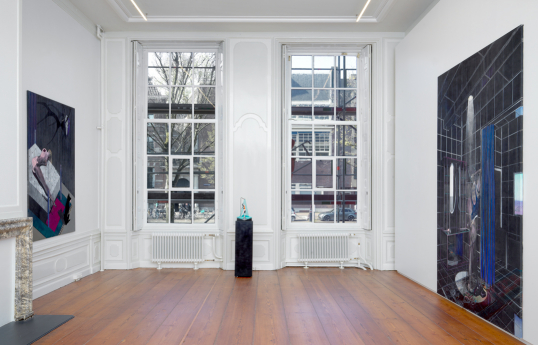 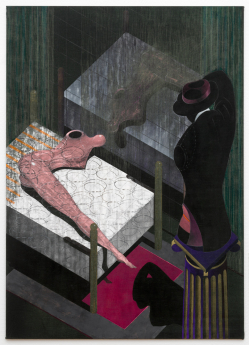 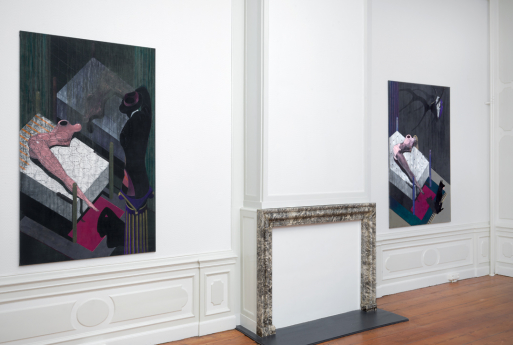 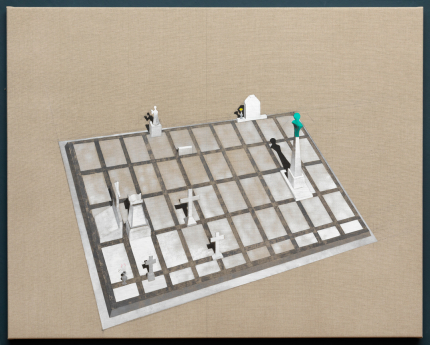 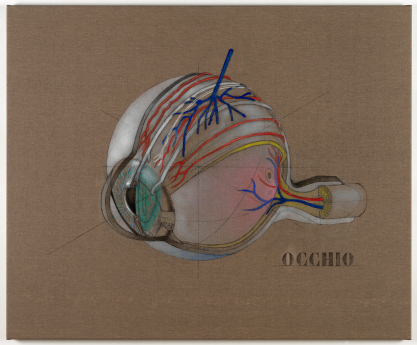 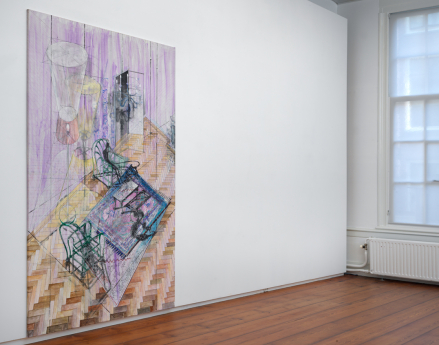 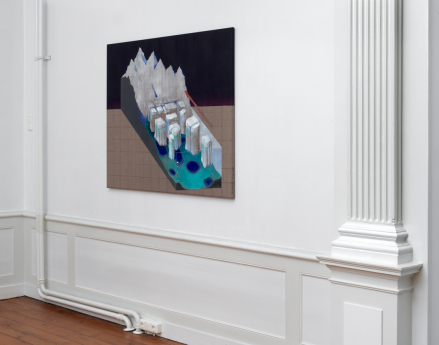 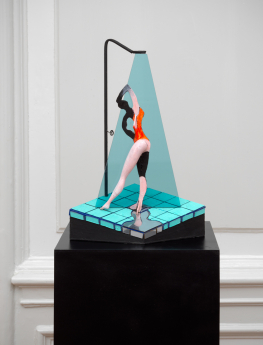 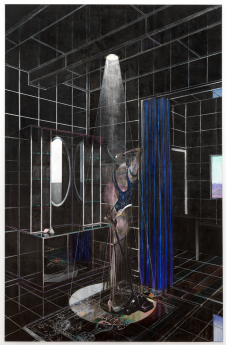 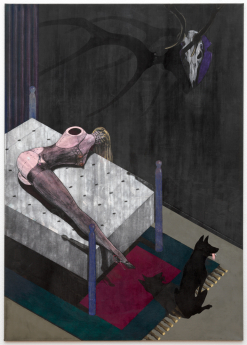 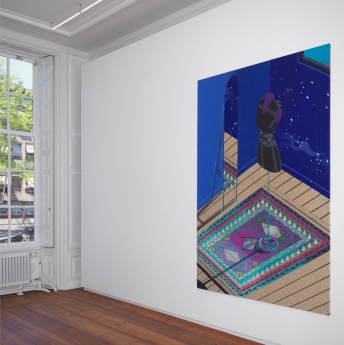 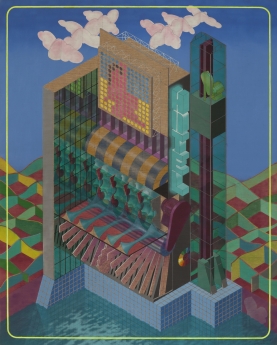 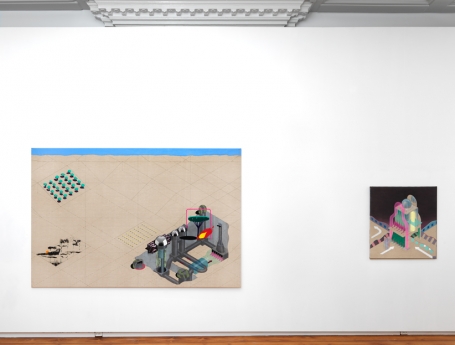 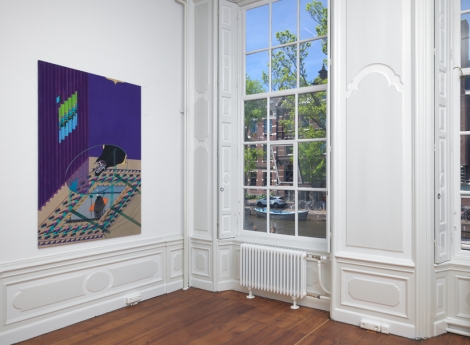 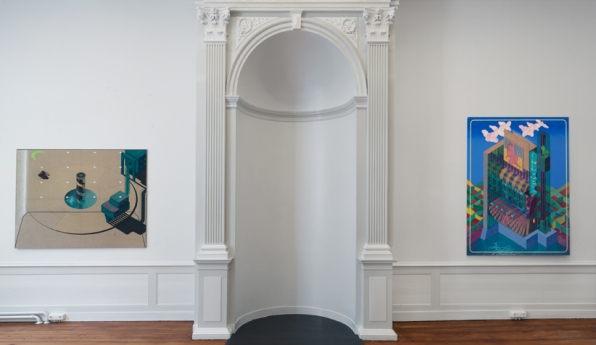 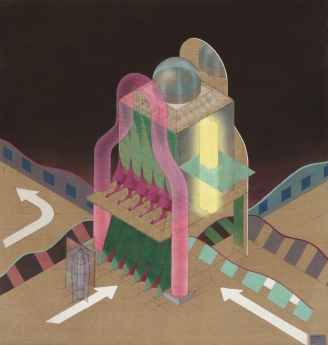 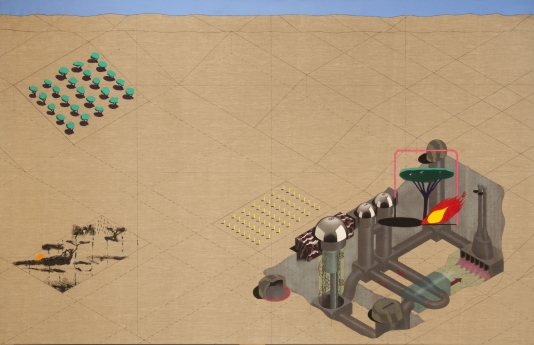 Barion combined the Royal Academy of Fine Arts in Antwerp with studying art history at the University of Ghent. The combination of theory and practice is a central theme in Barion’s career. From 1975 until his retirement in 2010, Barion taught two-and-a-half days and spent the rest of his time making his own paintings: large canvasses, characterised by the use of an isometric perspective and an almost mechanical touch, influenced by drawing techniques used in architecture.

During the 1980s, Barion spent some time in New York. He became fascinated by the way in which Manhattan, with its shiny facades, seemed to slowly transform into a huge theme park. In New York, Barion discovered the airbrush technique and made the change from sculptures to paintings. However, the interest in volumes and architectural significance remained prominent in his works. Moreover, his works show a thoroughly researched interest in mythology, literature, philosophy and art history. Barion is a well-read man; his works are influenced by the ideas of writers such as Franz Kafka, but also by philosophers, such as Nietzsche, Schopenhauer, and Deleuze.

Barion was ahead of time; technifying the way of watching has become commonplace. Thanks to gaming, we have familiarised ourselves with the isometric perspective; the ubiquity of cameras has mechanised our view forever. Changes in geopolitical reality have also enabled people to look at Barion’s work with a newfound interest. “We are living in a permanent transitional phase. Boundaries are blurred: there is no peace, but there is no war either; everything happens simultaneously. Moreover, the show society has become completely fragmentised.” The impenetrability of Barion’s reflecting constructions evoke associations with Fortress Europe and the refugee crisis.

Less is a Bore. Reflections on Memphis

Raymond Barion - Of Lenses and Arenas