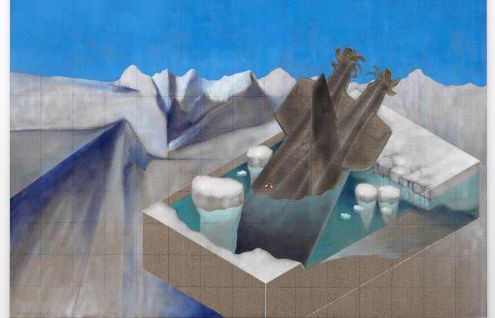 Upstream Gallery proudly presents the second solo exhibition by Raymond Barion (1947). The Dutch artist, who has been living in Antwerp for years, had his very first gallery exhibition two and a half years ago at Upstream Gallery. Around that time the Dutch art world viewed the discovery of the artist with great enthusiasm. Dutch newspaper Het Parool wrote, "for forty years Barion has been active as a painter and only now - as he is turning seventy years of age - he is having his first solo-exposition. What a discovery! As if a long-closed treasure has been reopened." In the 2016 exhibition, Barion presented a selection of works primarily from the 1980s, in which 'isometric perspective' played a central role. The current exhibition focuses on Barion’s more recent work, in which the artist introduces a new form of perspective. By using this new perspective the spectator suddenly finds oneself and vanishes in the wondrous world of Barion.

The wondrous world of Barion is definitely not always a joyful place. “My work is not the most optimistic, let me say it like that. I am not a pessimist, whining and complaining all day long. On the contrary, I really enjoy life. However, I do see what’s happening around us and I believe we need to give those things a place.”*

A current event that distresses Barion is global warming. The polar ice caps that have been melting faster than ever were the incentive to make three 'geographical' paintings of ice glaciers. In one of these paintings we see a sinking submarine. The catastrophic events surrounding submarine boats are another example of current affairs that occupy Barion. For him, these catastrophes, like the sinking of the nuclear-powered Kursk submarine in 2000 and the disappearance of the ARA San Juan more recently, are examples of administrative and technological failures. In these instances, technology does not deliver progress, but rather sows chaos, death, and destruction. For this reason, Barion aims to sketch the world as a technological dystopia, that is, a world in which technology does not cause the advancement we expect it to deliver.

"Technology has had enormous influence on our ways of life. Technology has brought us into a permanent transitional phase. We can see the effects of it everywhere around us: in our daily life and in particular in the media. On television we see the most horrible images, while at the same time we live in peace. Being in between these two situations is surreal."

Barion is fascinated by the artificial world we live in today. In this artificial world our perception of reality is determined by the technology of cameras. Barion wants to show how technology visualizes. By technifying our ways of watching he wants to make us aware of the 'reality' that technology creates. He is doing this by making artificial images of space through isometric perspective. Thanks to gaming, we have familiarized ourselves with isometric perspective. Isometrics gives us a view of a building or a city from above and shows both the top and sides of an object at the same time. The ubiquitous views in Barion’s work are reminiscent of surveillance images of CCTV cameras.

In the glacier-paintings of Barion we also see isometric constructions. They give us an overall picture of a glacier in a box. The picture resembles a profile of a volcano or a tectonic plate from a geography book. Barion has cut out a section of a glacier in his painting. As a result, it looks like he puts the glacier under a magnifying glass. Barion compares his working method to that of the scientist, who, for example, puts an insect in a small cardboard box and takes a closer look at it. The same method Barion applies in his painting of an eyeball. In this painting he has dissected the eye and magnified it. For Barion, the eye is an important physical machine. He considers it to be the basis of the modern camera lens. Thus, Barion wants to take a critical look at the technological way of visualizing.

Barion predominantly used isometric perspective in his older paintings. This would produce a feeling as if one had lost one’s sense of time. Also, the beholder of the painting would be disconnected and be an outsider to the image. The isometric construction strengthened the narrative of Barion's paintings, which dealt with exclusive hotel buildings and arenas nobody was supposed to enter or leave.

Barion's new paintings can be characterized by the use of linear perspective. Linear perspective creates an illusion of 3D space on a flat surface. In paintings with linear perspective all parallel lines converge in one point. For example, Barion's painting of a dark room with a figure under a large light beam shows two vanishing points: one behind the mirror on the left and one behind the window on the right. All lines go in the direction of these two points. For the beholder of the painting they are reference points that guide the beholder in viewing the painting. One seems to lose oneself in Barion’s new paintings.

The alienation that isometric perspective produced is gone in Barion's new work. In this new work we see measurable rooms that appear very realistic to the viewer. The spaces of the rooms seem to continue with our own space. As a result, the beholder has a more direct experience. This feeling is intensified by the size of the figure, which is about the same as the beholder's. Barion hopes that the beholder gets more involved with his work through linear perspective.

One figure that has captivated Barion for a long time is the Italian Renaissance painter Paolo Uccello, who was notable for his pioneering work on linear perspective. Uccello was obsessed by perspective. His wife asked him once, "why don't you come to bed?", to which he answered, "che dolce cosa e questa prospettiva [what a sweet thing this perspective is!]" Barion finds it fascinating that someone can be enchanted by something as "idiotic" as perspective. "It is fascinating to see how other people work with perspective. I want to understand how they perceive the world when working with such frameworks. Uccello is one of the reference points for my new work."

Raymond Barion (1947) studied Art History at Ghent University, and Visual Arts at the Royal Academy of Fines Arts in Antwerp in the 1970s. After graduating he became a professor of Contemporary Art at St. Joost, Breda, where he remained active till 2010. Besides his teaching work, he made sculptures and large paintings in his studio in Antwerp. Barion sporadically exposed his work in exhibitions, for instance, at the Technological Universities of Delft and Eindhoven in 1983 and 1984. His work remained fairly unknown until Extra City Kunsthal in Antwerp organized an exhibition with his work in 2014, and Metropolis M published an interview with the artist in 2016. This interview led to the organization of Barion's very first gallery exposition in 2016, in which Upstream Gallery celebrated the discovery of Barion's work. 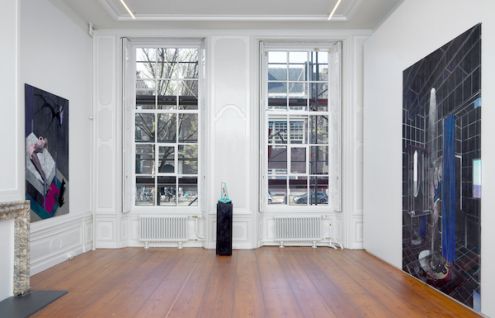 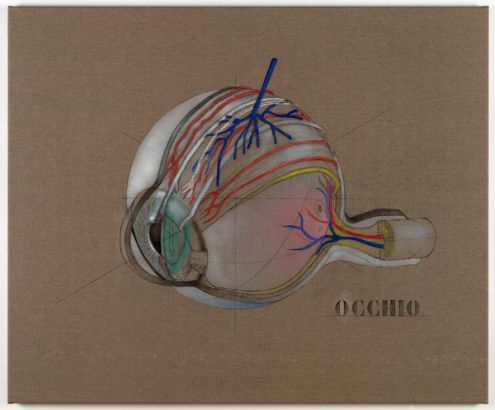