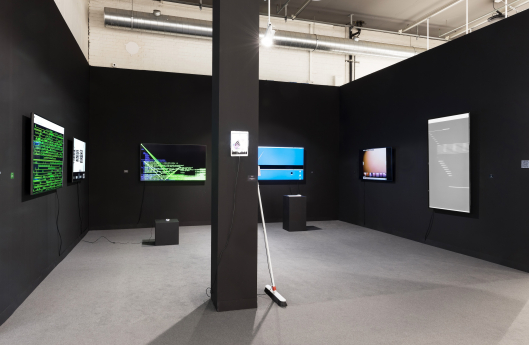 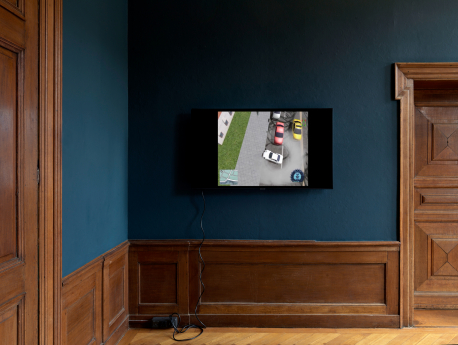 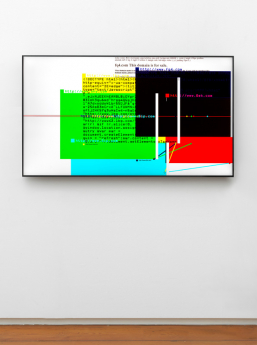 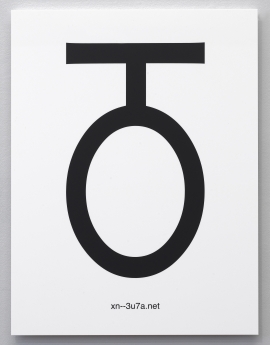 JODI - the art collective consisting of Joan Heemskerk (NL, 1968) and Dirk Paesmans (BE, 1965) - pioneered web-based art in the mid-1990s. Their work uses the widest possible variety of media and techniques, from installations, software and websites to performances and exhibitions. In a medium-specific way, they (de)construct and analyze the languages of new media: from visual aesthetics to interface elements, from codes and features to errors and viruses. They challenge the relationship between technology and users by subverting our expectations about the functionalities and conventions of the systems that we depend upon every day.

Paesmans and Heemskerk have a background in video art and photography respectively. Both attended CADRE, the electronic arts laboratory at San Jose State University in California; Dirk Paesmans also studied with Nam June Paik at the Kunstakademie in Dusseldorf. The duo works together since 1995.

JODI's work is featured in most art historical volumes about electronic and media art, and has been exhibited widely at venues such as Documenta X, Kassel; Stedelijk Museum, Amsterdam; ZKM, Center for Art and Media, Karlsruhe; Bonner Kunstverein and Artothek, Bonn; InterCommunication Center, Tokyo; Centre Pompidou, Paris; Center for Contemporary Arts, Glasgow; Guggenheim Museum, New York; Eyebeam, New York; and Museum of the Moving Image, New York, among many others. They received a 1999 Webby Award in the category Net Art. In 2014, JODI was awarded the inaugural Prix Net Art Award by Rhizome, a leading art organization dedicated to born-digital art and culture affiliated with the New Museum in New York.

Journey into a Living Being – From Social Sculpture to Platform Capitalism

Art in the Age of the Internet 1989-today