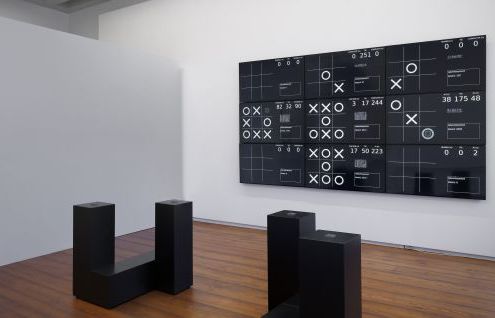 Upstream Gallery proudly presents its first solo show with JODI, the pioneering artist collective formed in 1995 by Joan Heemskerk and Dirk Paesmans and one of the most influential artist duos working in the age of the Internet. Their work uses the widest possible variety of media and techniques, from installations, software and websites to performances and exhibitions. In a medium-specific way, they (de)construct and analyze the languages of new media: from visual aesthetics to interface elements, from codes and features to errors and viruses. They challenge the relationship between technology and users by subverting our expectations about the functionalities and conventions of the systems that we depend upon every day.

JODI’s new work OXO premiered earlier this year at the Harvard Art Museum in Cambridge, Massachusetts. The interactive multichannel installation is based on the first graphical computer game OXO (also known as Noughts and Crosses) a tic-tac-toe computer game. JODI’s installation responds to this early history of computing, war games, and artificial intelligence, thinking through the game tic-tac-toe as a combination of the power of artificial intelligence and ad serving. 5478 different game positions are possible and the corresponding board number is displayed as a default advertisement. OXO features nine digital panels that each show a different game together with four structures, each with a keypad corresponding to a standard tic-tac-toe grid, inviting visitors to select where to place their Xs and Os.

WiFi is an interactive artwork about (digital) human presence in our society. After connecting to one of the available WiFi hotspots, visitors at Upstream Gallery are confronted with a visualization of all devices located in and around the building. The hidden waves generated by our digital behavior and movement through the gallery are exposed, making visible both how we are tracked through our movement, smartphone signals and usage, as well as the amount of data and analytics that we unconsciously and continuously build around us.

JODI often orient themselves toward the specificities of hardware and software, taking the digital as both their object and material. As a result, the texture of code and computation often takes over, and computing itself - its strange logic, its grammar and structure, and often its shape and color - produce the aesthetic of their works.
The project IDN is concerned with the infrastructure of the Web. The work focuses on two technologies: the Internationalized Domain Name (IDN) implementation (which lends its name to the project) and Unicode, the universal character encoding standard. IDN is a series of 32 websites that use single Unicode glyphs as domain names (á….net, ê‚“.com, ê„¬.com). Furthermore, the domain names often show a performative relationship to their names, demonstrating the multi-surfaced stack of internet text communication infrastructure by animating the address line by their ASCII encoding, displaying the architectural variations of the Canadian Syllabic, Yi, or Tamil glyphs, or error messages.

The exhibition further includes a large scale, site-specific installation, built with cardboard boxes that each measure 50 x 50 x 50 cm, and filling the complete floor of one of the gallery rooms. Visitors are invited to explore the room by walking through the installation, turning simple movement into an exaggerated undertaking. The pixelated installation alludes to an analogue experience of a low-resolution digital reality, and of physical lag.

Paesmans and Heemskerk have a background in video art and photography respectively. Both attended CADRE, the electronic arts laboratory at San Jose State University in California; Dirk Paesmans also studied with Nam June Paik at the Kunstakademie in Dusseldorf. The duo works together since 1995.

JODI's work is featured in most art historical volumes about electronic and media art, and has been exhibited widely at venues such as Documenta X, Kassel; Stedelijk Museum, Amsterdam; ZKM, Center for Art and Media, Karlsruhe; Bonner Kunstverein and Artothek, Bonn; InterCommunication Center, Tokyo; Centre Pompidou, Paris; Center for Contemporary Arts, Glasgow; Guggenheim Museum, New York; Eyebeam, New York; and Museum of the Moving Image, New York, among many others. They received a 1999 Webby Award in the category Net Art. In 2014, JODI was awarded the inaugural Prix Net Art Award by Rhizome, a leading art organization dedicated to born-digital art and culture affiliated with the New Museum in New York. 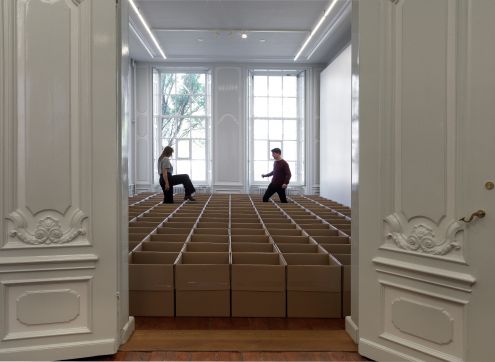 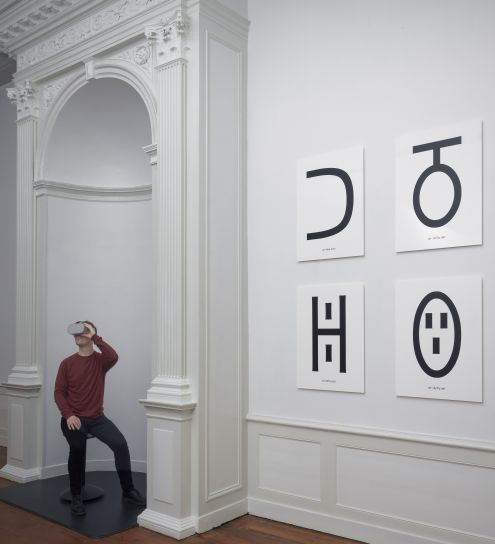