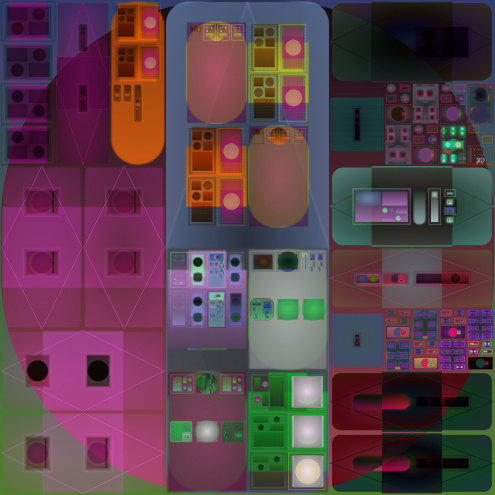 Harm van den Dorpel's Mutant Garden Seeder consists of 512 generative unique Ethereum tokenised digital artworks: “mutants”. When such a mutant is born, the current state of the Ethereum blockchain is used to generate a chromosome on which the artwork is based. Also after birth, every so many “mined blocks”, there is a small chance the artwork mutates, evolving its visual manifestation.

Although each mutant is mathematically determined by the moment of birth and the history of blockchain transactions that occur after, the device the artwork is viewed on, and the mutations that occurred over the lifespan of a mutant, cause the artwork to develop and render in varying composition, colouring and layering. Each mutant could therefore be considered to be a time-based “responsive painting”.

With this work the artist playfully examines the tension between the new immutability offered by blockchain technology, and the fluid and evolutionary characteristics of a digital artifact.

Mutant Garden Seeder was developed by Harm van den Dorpel in collaboration with Berlin-based platform Folia. The 512 tokens were released on Folia in July 2021. Upstream Gallery had the honour of selling 64 pre-minted editions to their audience, mostly art collectors, during the Amsterdam Art Week in June.

sold out
view all mutants here