Born in 1931, lives and works in Eschenau 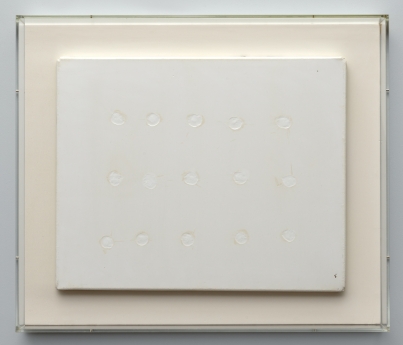 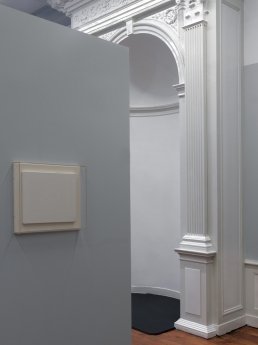 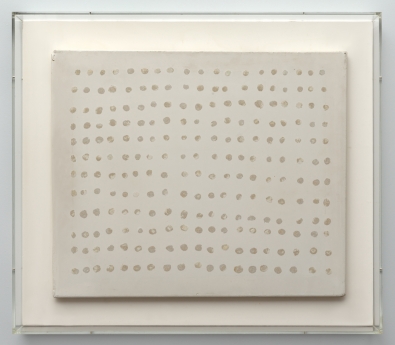 herman de vries, born in Alkmaar in 1931, is regarded as one of the foremost Dutch artists of his generation.

ZERO, coined by Heinz Mack and Otto Piene in the late 1950s, marked the start of an international art movement that set out to break free from the previous decade subjugated by war and instead to develop a new, optimistic future for art. The Nul-group, the Dutch equivalent of ZERO, was established not long after by Armando, Jan Hendrikse, Henk Peeters, Jan Schoonhoven and herman de vries. While abstract expressionism was still leading, the artists connected with the ZERO movement sought ways to reduce both their artistic forms and subjective expression, to explore the most essential and objective forms, and to concentrate and repeat.

From the end of the 1950s, de vries started to make monochrome, mostly white, paintings, collages and beam-shaped structures in which most often either the structure or the texture was the most important factor. For de vries (who spells his name without capitals in order to avoid hierarchy), the white paintings on a white background signify an object that has been stripped of properties, and loaded with possibilities. The works provide a contemplation of emptiness, of uselessness, and of the freedom that everything is possible.

In 1961, de vries experimented with works that turn the repetition of an element or an action into a theme, creating what he would call ‘homogeneous structures’. Grids, logical orders and serial constellations started to emerge from the blank white. These works would become the foundation of an extensive body of work that was later dubbed ‘random objectivations’, for which he would set predetermined conditions for each work, for example that all elements must be round or square, or of equal or different size, after which the location of the elements is determined based on tables from the publication by Fisher and Yates Statistical Tables for Biological, Agricultural and Medical Research, which had been statistically tested for their actual coincidence.

de vries was recently selected to represent the Netherlands at the 2015 56th Venice Biennale.