Born in Germany in 1972, lives and works in Berlin 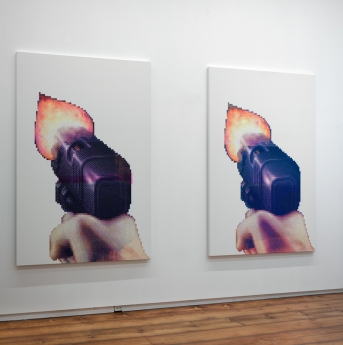 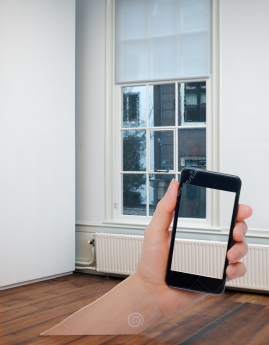 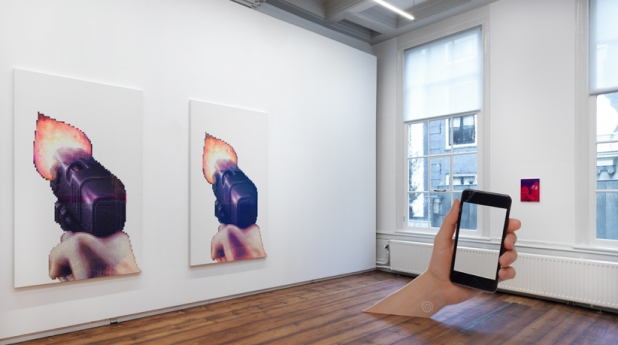 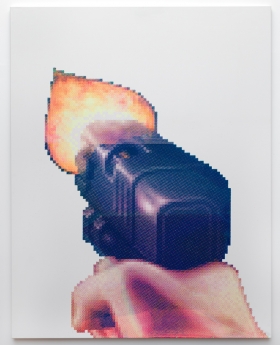 Aram Bartholl researches the relation between the physical and digital world. A well-known example is his work Map, for which he made a large sculpture of Google’s location-icon on the exact locations that are indicated by Google Maps as city center. For the series Come get some, Bartholl uses a figurative elements from early First Person Shooter computer games, in which the player has a personal point of view with at the bottom of the screen an image of a hand holding a gun. The coarse pixels remind us nostalgically of the visuals from nineties’ games. By using a manual silkscreen technique, unevenness arises, highlighting the difference between printed colors and the ones that appear on monitors. In the installation Point of View, Bartholl researches the role of the hand held screen as a view on the world. Thanks to developments such as Google Glass, the domination of these screens in our environment will decrease again in no time.