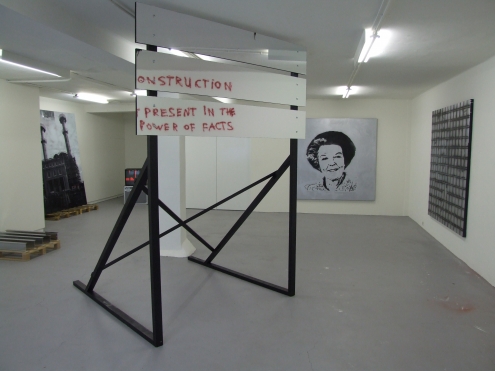 Marc Bijl became famous with his engaged and gothic-like sculptures, paintings, installations and performances. In his early work he used art forms typical for the punk culture, such as graffiti and protests, challenging important social issues. He sprayed slogans as 'The World won’t Listen', 'Kapital = Krieg', 'Modern Crisis' and 'Terror' at walls and buildings in the public space, and disguised himself as a security officer asking people in the S-Bahn from Berlin to show their ID .

Bijl uses well known symbols and logos which have a connotation with power. He transforms and decontextualizes them, creating a new critical and alienating imagery. The political, social and religious organizations which represent these symbols are critisized. Bijl's later work has a more abstract angle. He uses the style of modern masters like Mondrian and Rietveld and minimalist artists of the seventies. Combining their imaginary with his own style. 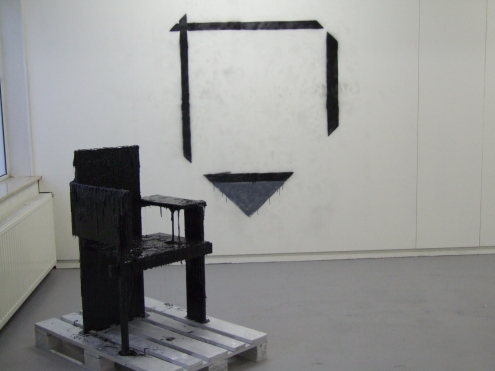 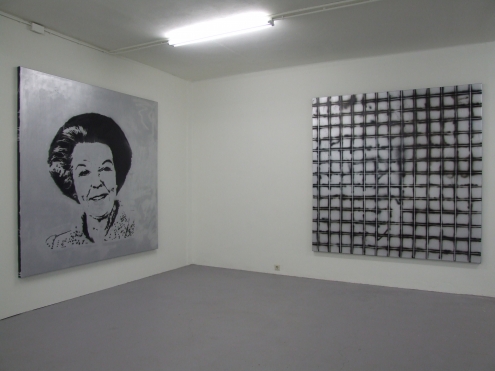