Radiant Bodies: The Spirit and the Index 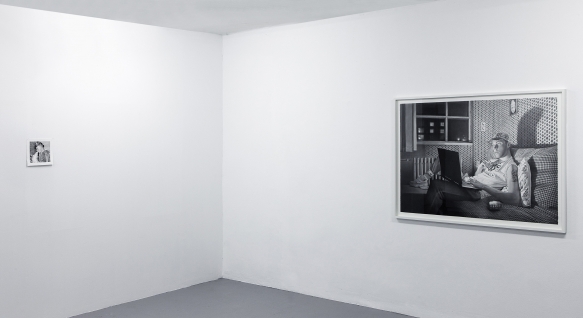 Radiant Bodies: The Spirit and the Index

The exhibition features a series of meticulously crafted graphite drawings and a rhythmic textual video project.

Haines actively examines his position as an artist who makes pictorial and textual narratives in the wake of abstraction, conceptual art and photography. At the same time he is conscious of the status of the traditional labour intensive medium of pencil drawing in the digital age. The immersive works require 'slow viewing', inhabiting the often-overlooked space between looking and interpretation.

In his 1961 essay 'The Photographic Message' (1961) Roland Barthes observed that in primitive painting '”spirituality” is not a signified but, as it were, the very being of the image'. Haines uses this premise to discuss the ontological nature of image making in this new series of drawings. Considering semiotic classifications, Haines investigates the indexical nature of drawing itself. Filling his compositions with a skeptical symbolism, he questions the search for spirituality within the artwork. As in earlier work, the protagonists in his work are taken from contemporary (gay) youth culture and obscure Internet memes. A clubber, alone at night and in a seeming state of ecstasy appears, through being photographed, to become ghostly, transparent and vibrate in front of a monumental classical facade (a church, a temple?). A youth in a room at night stares into his laptop screen, surrounded by Islamic patterns. The Buddhist symbol of eternity reflects in his eyes as the lights from outside appear to creep inwards and his mobile phone vibrates, blurring the numbers and their infinite configurations. The lights of a cityscape flicker as two boys pose on a rooftop with inflatable 'aliens'. Haines offers his viewer scenes of slippery spectres, with signifiers refusing to keep still. Through questioning transcendental symbolism, the hand made mark and photographic language; the spiritual is inexorably linked to the index. Within the photograph this emanates from the subject, within drawing the index is the drawing itself.

Faith in spiritual rituals is further questioned in the new video work 'Derviled'. Using mobile phone footage of gay and lesbian 'exorcisms' in evangelical churches in the U.S, Haines has reversed the material and taken the subsequent phonetic reversal as the basis for a song text. Phonetic reversal has long been the subject of debate, particularly within the Christian church where subliminal messaging is germane to Satanism. Haines politicizes the situation by disarming the ritual, using the reversed text as lyrics for a club anthem, inserting his own subliminal messages, which through their context, take on a political resonance. Mnemonic signs resonate with pulsing beat, bringing the high camp sound of 1970s disco back to its political roots of queer politics and the Theatre of the Ridiculous. 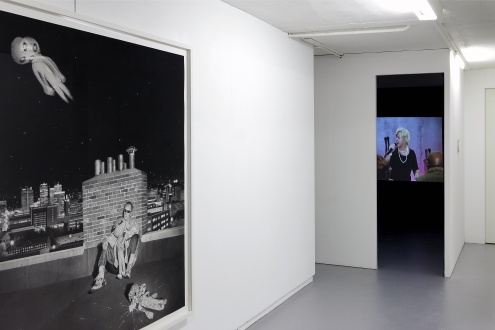 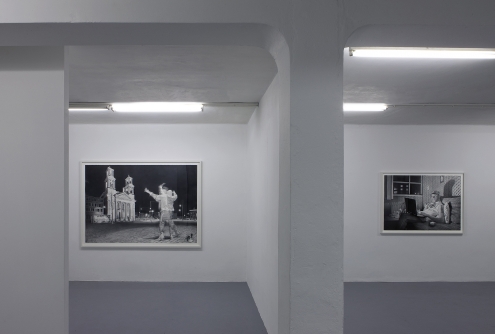