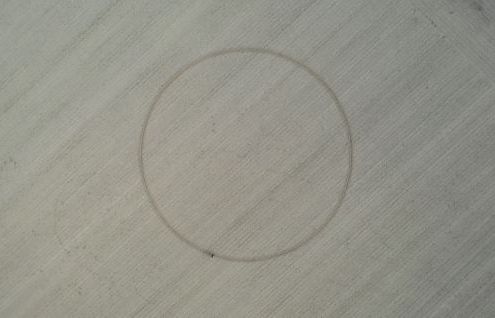 During the COVID-19 pandemic, Upstream Gallery presents Upstream Focus, a series of single work exhibitions in our private viewing space. Every week we will highlight the work of one artist, both online as well as offline.

Simultaneously with his solo exhibition at AVL Mundo in Rotterdam: Running in Circles/ Movement and Politics In The Streets Of My City, we show one of Jeroen Jongeleen’s new video works in our private viewing space this week.

Rotterdam-based artist Jeroen Jongeleen (b. 1967) has worked in public space throughout his career, creating minimalist endurance performances, as well as text-based graffiti, that straddle political activism and urban intervention. This new solo exhibition of work all created during Covid-19, features 11 short videos of running in circles throughout the city, along with prints and photographs of text works the artist created in public space, drawn from news articles speaking to issues of our time.

More about the exhibition at AVL Mundo here.

We show in Upstream Focus the video Plain Circle Counterclockwise (2020) this week.

For many, the Covid 19-induced lockdown fuelled a stir-crazy urge to go out and jog. For Jeroen Jongeleen running is not an escape from stifling domesticity, but a means of reclaiming the city. To this end, he seeks out abandoned factory rooftops, pier-end parking lots and other places that ooze a ‘paused life’ atmosphere. He runs in circles in these non-places, going nowhere yet creating a damp or dusty path with his footsteps. He creates his own Nazca lines, geometric wounds etched into the post-industrial, urban desert, like a 21st century Richard Long on steroids.

Jongeleen’s marathon length runs are recorded using a drone. Its bird’s-eye view reduces him to an impersonal pixel moving across a simple drawing. When the videos come with audio, the intimate sound of the artist’s ragged breathing feels disjointed from the image, adding to the alienating character of the solitary performance.

Juxtaposed to these introverted acts of a long-distance runner trapped in a hamster wheel of his own making, are Jongeleen’s text-based artworks. These consist of newspaper and website quotes that reflect the daily insanity of contemporary politics pushing the planet to the brink. Under the cloak of darkness, the artist spray paints them haphazardly on walls, fences and bridges. They bring to mind 1980’s graffiti, a phenomenon that has been erased from the public domain by privatisation and gentrification.

Typically, Jongeleen’s uncomfortably apocalyptic quotes are removed within days by the municipal cleaning service. Like his running circles they are temporary scars incised by an individual into the surface of a world constantly shaped by collective destruction.

Jeroen Jongeleen (1967) from Rotterdam works in public spaces. His output straddles activism and urban intervention art, and is strongly influenced by the anti-authoritarian Situationist International movement, Fluxus and Dada. Jongeleen speaks with his feet and hands, running and writing graffiti. Since the 1990’s, he occasionally operates under the name Influenza, which currently has an extra ironic ring to it.