The Skin's Gaze (and other thoughts) 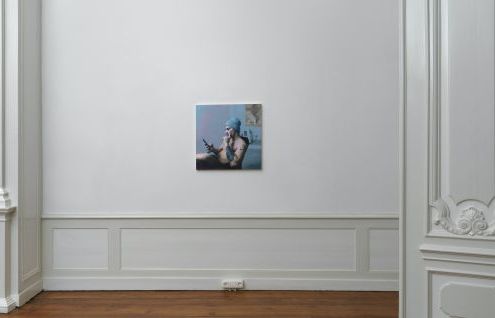 The new body of paintings by the British/Dutch artist David Haines are predicated upon skilfully rendered archetypal narratives following in the wake of abstraction, conceptual art and photography. For the past two years he has been developing a body of new work that ties itself to the gravity of painting within the context of the new information age and digitally overloaded image culture. Invested in the history of European painting, Haines has arrived at a language for painting, which not only speaks to the ancestor spirits of Holbein, Hals, Vermeer, but is also fully grounded in today’s image driven and technological consumer society.

The paintings follow the logic of representation where the human condition is negotiated and transacted through the LCD screen. This screen is formed not only of the dark reflecting glass of a smartphone, but of paper, canvas, paint and graphite. The influence of the screen within the history of classical art roams freely here, screens that reveal images and conceal their making, screens which shimmer with patchworks of sumptuous brushwork and glazed oil filled surfaces that reflect. The painting is a skin. The painting is a screen. The painting glows....

The painting opens up a dialogue with the viewer. This is not just a case of showing and looking, but rather a dialogue in which the viewer and work enter into a psychological relationship during this exchange (of the gaze). In this sense the painted images have agency beyond the canvas. This is not a gaze in the sense of a culturally conditioned way of looking, but rather something which speaks of the anxiety of looking and of being looked at. The viewer is addressed by the iridescence of the neon underpainting, the implied reflection of lights (which surely must be somewhere in the room behind us?), the slowly revealing colours within a monochrome, the ‘non finito’ brush marks of smartphones, ripped jeans, fingers...

(Somewhere around 1663 a woman stood by an open window, dressed in blue, reading a letter. The silent, introverted precision of her surroundings revealed veiled references to a wider world, geographically and emotionally.... )

The protagonists in the paintings are constructed from images of various on-line ‘emotional labourers’. These are not traditional portraits in that they do not aim at a particular likeness. They are composites of human figures who exist in some version of the present, the reality of which remains questionable. These are digitised bodies, whose intimacies are transacted on a global stage. Their skin is one of paint spread on surfaces, occasionally ruptured by a dazzling neon underpainting which refuses to complete the illusion. They have become painted signifiers of desire. They speak of avatars and virtual identities. Voyeuristically, we’ve entered into their private domain. Yet they do not acknowledge us. They do not seek our gaze but rather mirror our actions, lost in isolated contemplation of the screen. Their partially clothed bodies reveal an inked iconography of faces and eyes, watching the viewer, gazing back. Their attentive isolation contradicts the glowing surroundings - landscapes, cityscapes, maps, referring to another place, elsewhere...

(or the room behind the Inn - Jan Steen’s dark crumpled beds. An intimacy into which we are invited....)

Several of the works at first appear as atmospherically shadowy monochromes where colours slowly emerge out of the darkness. Gradually they reveal themselves as exceptionally executed dark interiors where unmade beds, cushions, pillows, sofas engage
in a transcendental dialogue; an emptiness that bears the indexical trace of absent human figures. The spaces themselves are copies, as they are the simulated interiors of online ‘cam sex’ studios. Yet these are paintings not of interiors but rather of surfaces. Lights and office windows reflect on these surfaces and disrupt the experience of looking, portending to a reflection in a darkened mirror, implying that the viewer could also be a protagonist within this darkly painted space.

David Haines studied at Camberwell School of Art, London and The Rijksakademie, Amsterdam. He works with a range of media, predominantly drawing, painting and video. Publications in which his work is featured include Vitamin D2, published by Phaidon; Drawing People by Roger Malbert, published by Thames and Hudson; and Interdisciplinary Encounters - Hidden and Visible Explorations of the work of Adrian Rifkin, published by I.B.Tauris. Recent group exhibitions include ‘A Slice Through the World’ at Modern Art Oxford and Drawing Room London and ‘Trouble in Paradise’ at the Kunsthal, Rotterdam. He has had solo exhibitions at Upstream Gallery, Amsterdam, Luisa Strina Gallery, Saõ Paulo, Art Basel Hong Kong (with Upstream Gallery) and The Armory Show NY. He has shown in group exhibitions at the Stedelijk Museum Amsterdam, Turner Contemporary Margate UK, Fruitmarket Gallery Edinburgh, De Appel Amsterdam, MIMA Middlesborough UK, The Eye- Film Museum Amsterdam, The Bluecoat Liverpool and the New Art Space, Amsterdam. In 2011 he exhibited as part of the 12th Istanbul Biennial. He was awarded the Irinox Disengi /Drawing Prize at Artissima Turin in 2017 and the Jeanne Oosting Prize in The Hague, N.L. in 2012. 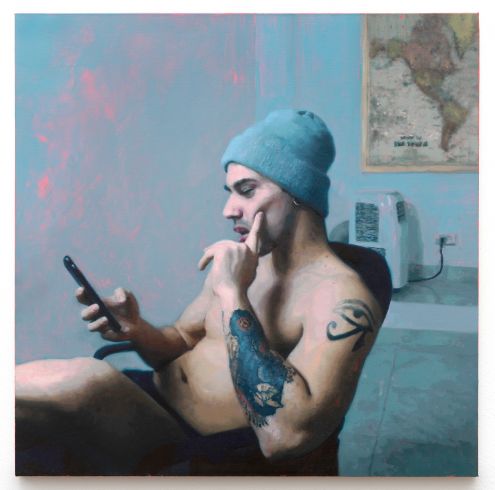 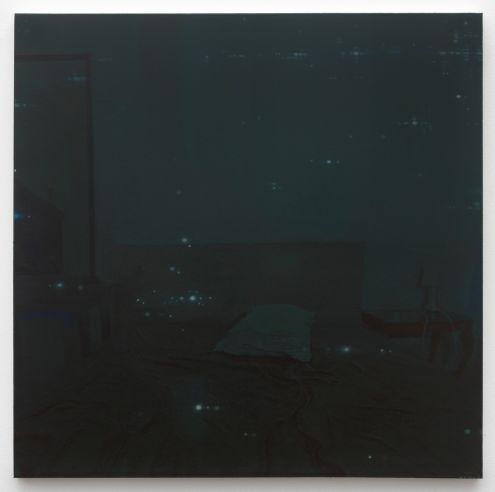