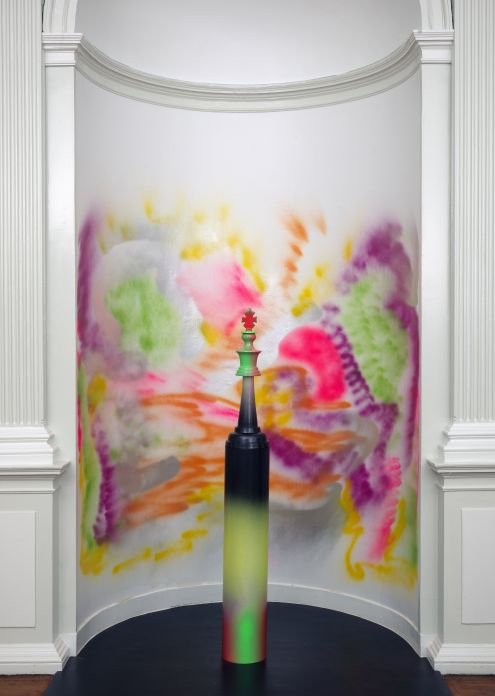 Upstream Gallery presents Zeitgeist, a solo exhibition of conceptual paintings, video and sculpture by Marc Bijl, that question the notion of truth in an overloaded stream of propaganda, tags and fake news.

‘Zeitgeist’, as the defining spirit of an era, is one of those few German phrases that are also known in the English-speaking world. Marc Bijl, who lives and works in Berlin, chose it as the title for his exhibition in which he shows new works that address our current cultural climate of information overload, and in which too many sources are undermining our view on truth and facts. The political black and white thinking of Bijl’s earlier works and the symbolic search for structure seems to have completely vanished in these ‘times of blurry conflicts’, as Bijl describes them. Furthermore, his distinctive gloomy style has given way to bright colours and an often sleek, and industrial finish. The new works do however remain ominous, as if the use of sweet colours is only meant as an additional smoke curtain for the multitude of disinformation that guides our current society and lifestyle.

The exhibition includes a range of new paintings that are made with an industrial powder coating technique, in which the lacquer is burnt directly into the aluminium. For these works, Bijl uses images from daily news reports of important events or the deaths of celebrities and modifies them to become almost unrecognizable. After Dark, for example, is a blurred version of one of the last photos of Prince, taken in his own club ‘After Dark’. Others, such as Brussel and Chicago, are based on news images of terrorist attacks and shootings. This ongoing series of blurry images converted from existing media photos represents Bijl’s perspective on the slowly dissolving boundaries between fact and fiction. As Bijl further explains: ‘The abstract and haziness symbolize looking away, hypocrisy and refusing to see things clearly: a new political movement’. Within the exhibition, this is further expressed through the Fake Manifest, that addresses the volatile character of online statements, and the site specific installation The Diffusion Politics, that literally puts its surroundings in a new light. The works combined are an active attempt to broach automated opinions, photos and newsâ€¨feeds through social media and criticize their negative influence and dangerous effects on â€¨our perception, on reality and on group dynamics. 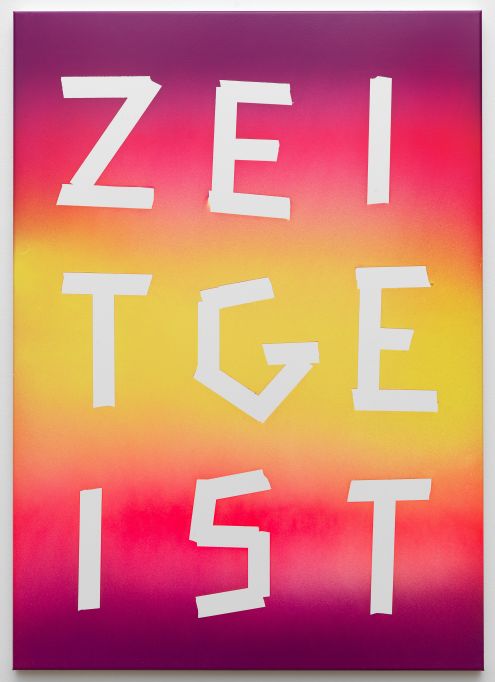