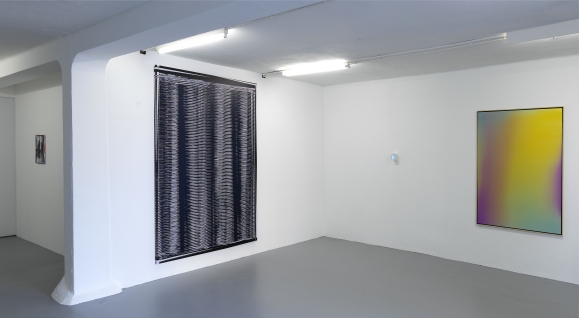 Upstream Gallery presents Shifting Optics, a signalling group exhibition showing the work of a new generation of artists, for whom it is natural to experiment with digital techniques. This results in works that hover between the analogue and the digital.

In recent decades, more and more aspects of daily life have been digitized. Remarkably enough, until recently digital art was only taken seriously by a small group of pioneers. New movements such as post-internet art are still barely recognized with the established art world, which moreover always seems to resist radically innovative art forms (think of the introduction of photography, pop art and video). Recently however, the art world seems to be quickly catching up with this new movement. A generation of artists who grew up with computers has now matured, and can no longer be ignored. Unlike earlier artists who experimented with digital techniques, for this generation it is completely obvious and natural to make use of the Internet, digital technologies and online culture for their work.

For Shifting Optics Upstream Gallery has selected seven artists who all explore the relationship between the digital and the analogue. While they eagerly embrace the omnipresent digital imagery, their work exists not only in virtual reality: these artists continue to investigate the urgency of producing physical objects. The final works of art, from paintings to apps and everything in between, are characterized by a hybrid nature.

Find all photo's of the exhibition on our Facebook page.
Review of the show in De Witte Raaf (Dutch)

About the artists:
The paintings of Shannon Finley (1974, CA) are composed of over 30 layers of acrylic paint and transparent gels, which gives them an almost holographic, three-dimensional quality. With their geometric shapes and saturated colours they evoke a range of associations: from stained-glass windows to early Cubist experiments. An important source of inspiration for Finley is the aesthetic of early digital design. Although he creates paintings, image-editing software is an indispensible tool within his working method: "I've absorbed the computer into the composition of my works in a way that feels so natural that I hardly think of it. (...) The digital is completely intertwined with the handmade."
Following the physical application of each layer of paint, Finley digitizes the image, after which he can experiment with compositions and effects on his computer. There is an interesting tension between working in the digital and the analogue realm. With software, you can keep editing and experimenting endlessly without consequences, which makes it difficult to make definitive choices. But once he starts painting, Finley says, he sometimes misses the convenience of the 'undo button'.

Kareem Lotfy (EG, 1985) combines two seemingly opposite worlds in his work: on the one hand digital culture and on the other the extremely rich cultural history of his native Egypt. He makes intuitive drawings under the restrictions of primitive CG software. Due to the limited capabilities of these tools, rendering systems and the visual output from them, new dimensions of cognitive possibilities open up to the artist and the viewer. The resulting pieces are attempts to capture the experience of seeing patterns or connections in random or meaningless data (phenomenon of apophenia, for example). Lotfy works with drawings, algorithmic patterns, archaic forms and pictorial structures that give his work a futuristic character, but the influence of ancient symbolism as found in carpets and calligraphy is still visible too.
Kareem Lotfy was born in Cairo, Egypt in 1985. Currently he lives in Amsterdam where he will start his residency at the Rijksacademy in 2015.

Noor Nuyten (1986, NL) creates conceptual works that appeal strongly to the imagination of the viewer. Constructed systems such as time and the metric system often serve as a starting point. Leading Dutch newspaper De Volkskrant recently described her art as 'the kind of work that makes imaginary light bulbs appear above your head'. Nuyten is artistically akin to the movement of conceptual artists from the late 1960's, but at the same time her work is undeniably contemporary. Recently she developed an app, in which the notion of time plays an important role. It will be the first artwork in the form of an app exhibited at Upstream Gallery.

The New York Times described the work of Tabok Robak (1986, US) as a "sci-fi joy ride". Robak borrows eagerly from games and other computer generated imagery when creating his artworks, a practice that is reminiscent of early 20th century avant-garde artists who started incorporating elements from the emerging mass media into their collages.
By placing this imagery in a different context, Robak makes us aware of how much we are exposed to digital visual culture on a daily base.
The graphic design of the visuals is quite over the top, as Robak refers to "the aesthetics of Photoshop tutorials". It is almost too visually appealing, and therefore confronting. The work evokes an uneasy, uncanny feeling. It shows how quickly one can be sucked into the digital world of games such as Candy Crush Saga, that are as addictive as mind-numbing. Upstream Gallery will show 20XX, a tour trough a virtual neon-lit city that Robak composed of his favourite skyscrapers. The work is an ode to open world video games, but the lack of inhabitants can be seen as a critique on the highly isolating aspect of these games. Robak states about his work: "I hope it will be as absorbing and numbing as an iPhone game."

Creating artworks in the form of websites since 2001, Rafaël Rozendaal (1980, NL) is a pioneer in the field of internet art. The internet functions as his studio, his canvas and his exhibition space all in one. His works, often colourful web pages based on a simple but effective concept, generate over 30 million views per year. Viewers can interact with the websites by means of the cursor, thus affecting the appearance of the artwork.
Rozendaal is actively engaged with the issues internet art raises in comparison to more traditional forms of art. He researches how websites can be included in art collections, and what the possibilities are of exhibiting his online works in the physical world. Since 2013 he has been creating lenticular paintings, analogue works strongly reminiscent of digital screens. These physical objects have the same characteristics as his websites: there is movement, interaction with the viewer and the number of compositions is endless.

Characteristic of the artistic practice of Travess Smalley (1986, US) is the ease with which he switches between working in a physical and digital realm. He compares his way of working to a "feedback loop": his art originates from a process in which he prints out digital images, edits them with physical tools, digitalizes them to be edited with software such as Photoshop, and finally has them printed again. This creates hybrid works that are somewhere in between analogue and digital, that can be confusing at first sight: you wonder whether you're looking at a screen saver or a piece of fabric.
Smalley experiments both in his studio and on his computer, not bothered by the separation between different media. In fact, a kind of cross-fertilization takes places as he approaches physical craftsmanship from a digital tradition: "I find that my work is freshest when I am moving between fields and mediums on a regular basis. My objects inform my Photoshop files and vice versa.” Although Smalley also creates works that exist exclusively online, he is very interested in materiality and textures. He actively examines the urgency of actually printing out his work in the final stage, when pixels are converted into physical structures.

Jet Smits (1988, NL) is interested in the exact moment when the digital and the analogue switch into each other: "I explore digital technologies empirically and analogue. I investigate the transition point where data becomes sensorial, trying to capture that exact moment of change.” Smits did research on liquid crystals, a material with exceptional physical properties, mainly known for its use in LCD screens. During a residency at the Technical University of Delft, Smits got the chance to extensively study this material, that can convert digital data into physical images. The combination of scientific and aesthetic research resulted in Liquid Lattice: a video capturing the fleeting, dazzling beauty of the crystals, normally only visible trough a microscope. Thus Smits offers an artistic perspective on everyday technology, making it accessible to a new audience. 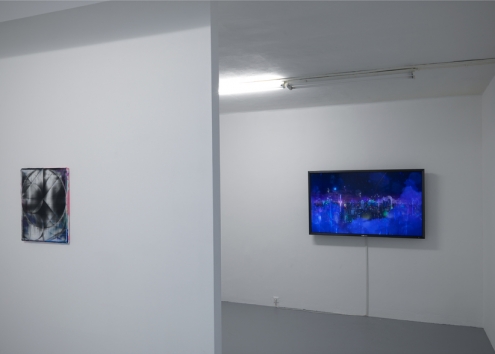 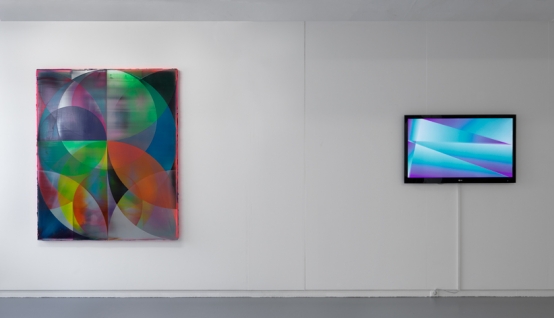