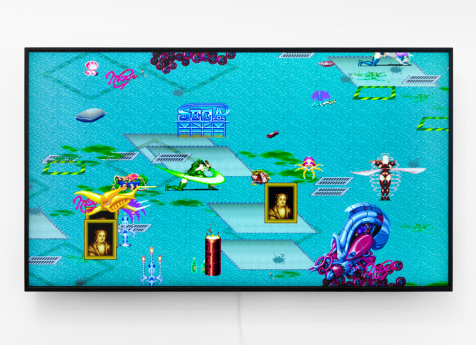 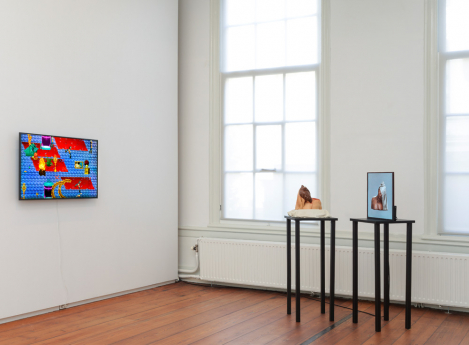 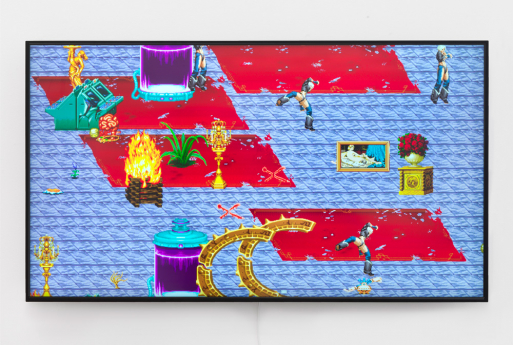 Cassie McQuater (1987, USA) is a new media and video game artist living and working in Los Angeles. Her practice involves hours of surfing the net, mining for digital artifacts, and repurposing them as a way to reflect on and reinvent our relationship with interactive storytelling.

Grounded in the practice of net art, investigating networked systems of digital power, her work often deals with themes of cyberfeminism while critiquing and seeking to subvert sexist tropes in video games and media. Exploring modes of representation and cultural production, she frequently distributes work for free over the web, as a way to give back to the communities which make it possible.

She received her BFA in painting from the University of Michigan School of Art & Design in 2009, and she taught herself to code and started working in interactive media and video games in 2013.

Recently, her work has been shown and featured as part of the Smithsonian American Art Arcade, with New Museum’s First Look: New Art Online, at many DIY gallery arcade spaces and at alternative game festivals around the world, and has won awards including the 2019 Independent Games Festival Nuovo Award, the Rhizome micro-grant for net.art, and the 2019 Lumen Prize for Art and Technology.