lives and works in UK and Sweden 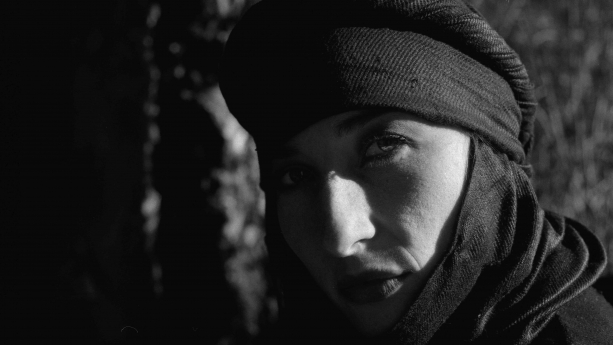 Maja Borg was born in Norrköping Sweden, in 1982. She is an Artist and Film Director, additionally working as Director of Photography and Editor. Shooting and directing local film projects since childhood, Borg has gone on to work on films and art projects around the world.

In 2005, Borg’s ‘To She In Me’ was selected for the Culture Bound 7, East Wing Collection at the Courtauld Institute, London, and she so became the youngest artist ever to exhibit in this context. Her 52-minute graduation film ‘Look at Lucia’ (2006) won several awards and her 13-minute experimental documentary ‘Ottica Zero’ (2007) has had great international acclaim both within film festivals and the visual art context.

Since 2008 Borg has been based between the UK and Sweden making several short films whilst developing and directing her first feature film ‘Future My Love’, which premiered at EIFF 2012 and was nominated for the Michael Powell award. The film is now being distributed internationally.

In 2009 she took part in the widely debated ‘Dirty Diaries’ project, produced by Mia Engberg, and has since partaken in several panel discussions on the importance of finding new ways of depicting female sexuality.

In 2010 Borg was bestowed an honorary award for distinguished work by Filmform – Archive for Swedish art film and experimental video.

Her continued work with the word economy and global politics keeps putting Borg at the forefront of debates around these issues and she is often seen debating human rights issues in different forums. In 2010 she was a part of the Amnesty International Award Jury at CPHDOX, Denmark, and Future My Love has been the catalyst for many debates and master classes around the world, both about alternative culture and the craft of experimental documentary.

In 2014 Borg was selected as one of Dazed and Confused’s ‘visionaries’ and premiered her experimental short ‘We The Others’ in March 2014.

”The work of Maja Borg exists at the intersection of documentary, fiction and experimental film fusing the languages of these genres into a compelling, visually rich and politically astute body of work. Borg’s films are as likely to be seen in film festivals or television as they are in the visual arts context. The artist uniquely succeeds in defying genre expectations and her language seamlessly combines elements of animation, experimental camera and sound techniques with tools of documentary filmmaking. Her films have tackled subjects ranging from investigations of myths and traditions, borders of desire and violence and, most recently, urgent contemporary issues such as the crisis of capitalism and the global environmental and economic downturn, investigating what options one has in such a dystopian landscape.”