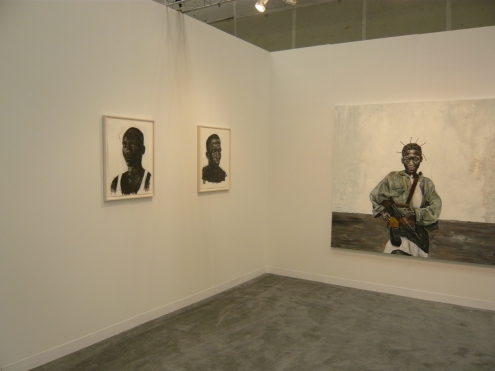 Ophuis is confronting the public with paintings about human suffering, from Nazi brutality to the Srebrenica massacre and crimes in Iraq. His work fits in a longtime Western tradition of depicting cruelty and violence. In the new body of work that will be on show at The Armory, Ophuis shows portraits of child soldiers who fought in the civil-war (1991-2001) from Sierra Leone. Recently Ophuis went to Sierra Leone to interview the boys and girls that had been recruited in the militias. Followed by a filmcrew that is making a documentary about his work from this period he travelled through the country and gathered first hand information from the former soldiers which together with lots of photos form the basis of his new works.