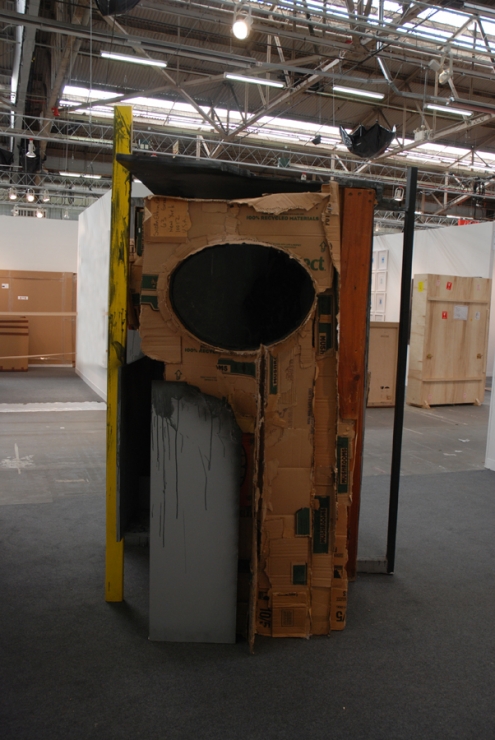 In 2012 Upstream Gallery presented work by a.o. Rob Voerman. From a review in the New York Times:

"...Rob Voerman’s “Dawn of a New Century” at Upstream is emblematic. It is a bulbous, walk-in hut constructed of torn and battered pieces of cardboard cartons. Rough, projecting boxes frame small, green glass windows, creating a dusky, verdant light within, where you can sit on a bench and have a shot of whiskey decanted from a bottle on a shelf at the entrance. Outside you see the remains of a gridded, partly burned structure with exposed red and yellow studs and flat gray panels: the order of 20th-century constructivism has given way to post-apocalyptic hive making. Green, we should bear in mind, is the color of new growth and hope..."