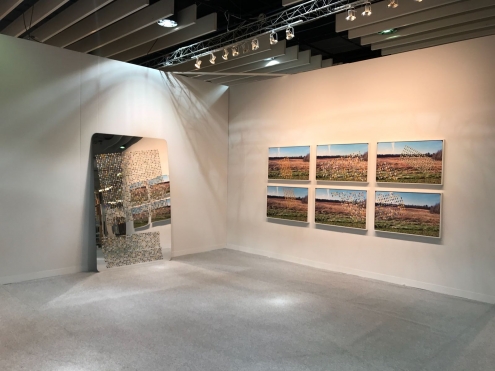 Dullaart created a ‘fake’ army to stand up in the war against the current American social media revolution and the false validation systems in journalism based on follower counts. The army was assembled of thousands of artificial profiles on Facebook, for which the artist used the names of the original Hessian mercenaries who were hired by the British to fight in the American Revolutionary War (1775–1783). The original army generated a new income to Landgraf Friedrich II of Hessen, which he used to build the first publicly accessible art museum in the world: the Fridericianum.

The fake profiles’ accounts were registered on phone numbers bought in bulk in multiple countries. The accompanying SIM cards are by-products of companies offering PVAs (Phone Verified Accounts) as a service to create multiple user accounts, acting as passports to new identities. As a physical extension of this project, the artist has created compositions out of the purchased SIM cards. The works presented at The Armory Show show schematic formations of the armies that fought in the American Revolutionary War, placed against the backdrop of the site of the Battles of Saratoga in Upstate New York. The presentation furthermore includes a large PVA installation with SIM cards mounted on a mirror, prompting visitors to question their own virtual and physical contribution to the social media revolution.

Waging a war against Facebook through the channels of mass media, the SIM cards also act as the only physical remnants of the soldiers, as Facebook has now deleted 90% of the initial accounts after Dullaart released the historic source of the Hessian soldiers names. Purchased by kilo, the SIM cards are often recycled for their gold recovery, a process seen as contemporary or urban mining. The works therefore stand as a placeholder for the inherent value of identity as a commodity, turned to profit by having the new identity click, like, retweet and follow and leaving a thin sliver of gold worth a few cents when recovered. These frozen choreographies featuring physical remnants of artificial identities represent further standing armies in ongoing and future information wars fought with automated cultural output.

Constant Dullaart (NL, 1979) is a former resident of the Rijksakademie in Amsterdam, and lives and works in Berlin. His works were shown in Whitechapel Gallery London, Schirn Kunsthalle Frankfurt, Import Projects Berlin, Utah Museum of Contemporary Art, ZKM Karlsruhe, Victoria & Albert Museum London, and MAAT Lisbon. Dullaart has curated several exhibitions and lectured at universities and academies throughout Europe, most recently at Werkplaats Typografie, a post-graduate programme at ArtEZ, Arnhem. In 2015, he was awarded the Prix Net-Art, the international prize for internet art. His most recent solo exhibition at Upstream Gallery is Deep Epoch (2016).

On Saturday, March 10, Constant Dullaart will join researcher Matt Goerzen in a conversation on the technological structures that inform modern visual culture with Chrissie Iles, Anne and Joel Ehrenkranz Curator, the Whitney Museum of American Art.

Upstream Gallery's participation in The Armory Show is supported by the Mondriaan Fund. 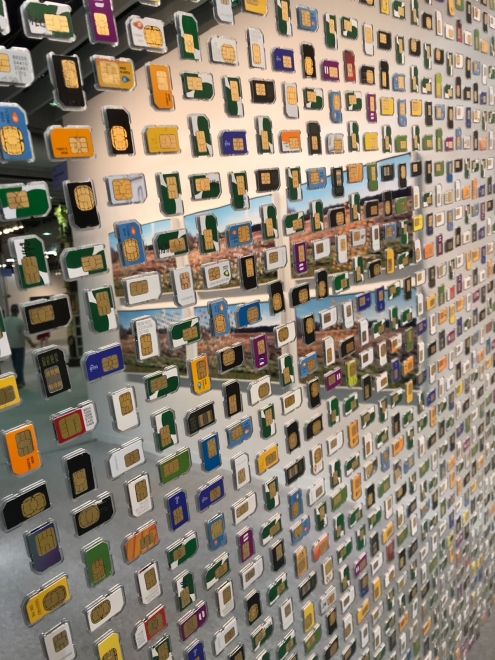